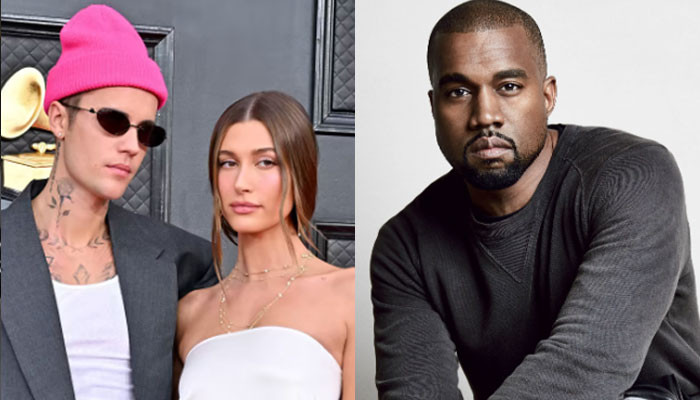 An insider spilled to Hollywood Life that the singer is not sure if he should give any kind of response to the rapper, who Bieber has always “idolized.”

“He had so much love and respect for the guy, and they’d been friends for many years,” the source said. “Kanye has given Justin so much advice in the time he’s known him, and he has been a source of wisdom and advice.”

“It was really a low blow to go after Hailey when she didn’t do anything wrong,” the insider added. “Justin is torn on if he should respond to Kanye’s insults or not.”

“Everyone around him in his camp is advising him against it. They all think that responding would just add fuel to his fire.

“Justin has enough to worry about right now than get caught up in this drama. He has moved on from drama years ago.

Another source spilled to the outlet that the Peaches singer “wants absolutely nothing to do with the circus” that Ye has created following his PFW show.

“Justin knows that Hailey is her own woman and can speak up about anything she sees fit,” the insider explained. |But he won’t tolerate anybody disrespecting Hailey.”

“He knows Kanye is coming for everybody at this point, so he’s not taking it personally. But if Kanye keeps it up, he won’t be left with any choice other than saying something.”

This comes amid reports that Biebers have cut ties with the rapper since his brutal attack on the model.