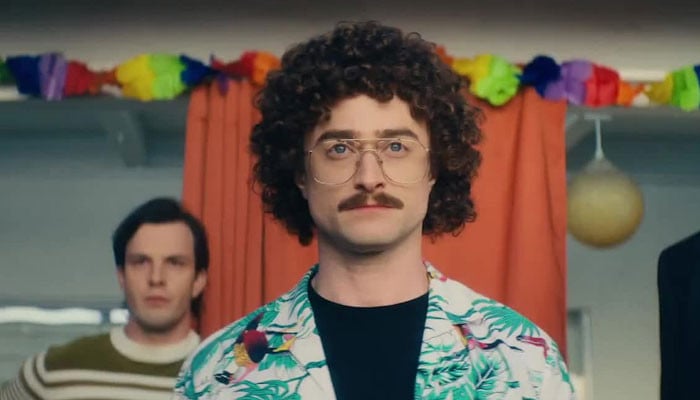 
Daniel Radcliffe is seemingly nervous of his performance in upcoming Weird Al biopic, Weird: The Al Yankovic Story. He is especially concerned of reactions coming from his girlfriend’s dad and brother, he revealed to Entertainment Weekly.

Radcliffe was asked if girlfriend Erin Darke was a Weird Al fan, he responded, “Actually, after [director] Eric [Appel] and Al [Yankovic], the people I’m most concerned about their reaction is probably my in-laws, Erin’s dad and brother, because they’re massive fans as well. Erin’s seen the movie but I’ll be interested in what Ian thinks. I really hope he likes it.”

The movie is based on director Eric Appel’s 2010 Funny or Die short. Daniel Radcliffe will portray the titular character Weird Al Yankovic, who was the ‘80s parody king opposite. Alongside the Harry Potter alum, Evan Rachel Wood, 35, will play a sociopathic Madonna. Moreover, the cast features Rain Wilson as Dr. Demento, Quinta Brunson as Oprah Winfrey, James Preston Rogers as Hulk Hogan, Conan O’Brien as Andy Warhol, and Jack Black as Wolfman Jack, per ScreenRant.

“Every character in this film starts as something you kind of recognise, then you watch it explode into something truly insane,” Radcliffe told EW, But that doesn’t mean more is more when it came to his performance. “The absurdity of the situation is where the comedy is coming from, and actually, the more grounded you can play a lot of it — not all of it, because a lot of it is insane — but the more grounded you can make it, the better.”

The feature-length Roku original film is only loosed based on Yankovic’s career and instead, fabricates moments from the musician’s life for comedic effect, including his encounters with the aforementioned celebrities.