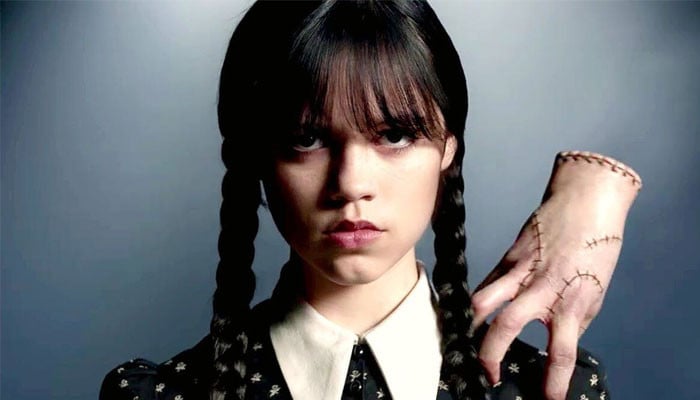 
Netflix dropped the official trailer for upcoming series ‘Wednesday’ from the imagination of Tim Burton.

The maiden of macabre, Wednesday Addams, have been previously played on screen by Lisa Loring, Christina Ricci, and Chloë Grace Moretz, and now the torch has been passed on to Jenna Ortega.

Wednesday is the live-action spin-off of the ’90s Barry Sonenfeld-directed franchise The Addams Family and the 1993 sequel Addams Family Values. Contrasting to the original series, the upcoming eight-part series will focus on the unsmiling Wednesday and her time at Nevermore Academy.

In the show, Wednesday will attempt to master her emerging psychic ability, thwart a monstrous killing spree that has terrorised the local town and a mystery that tangled her parents 25 years ago. Simultaneously, the teen will also navigate her new relationships at Nevermore.

Here’s the breakdown of the trailer:

The clip opens as Wednesday’s parents Gomez and Morticia Addams (Luis Guzmán and Catherine Zeta-Jones) drop her off at Nevermore, a school for supernaturally gifted outcasts “no matter who and what they are”, where a mystery involving “secret societies, hidden libraries, a homicidal monster” begins to unfold.

Wednesday also reveals a much-anticipated character in the series, Uncle Fester. “I like to travel incognito,” he tells her before they take off in a Dalmatian-print motorcycle and sidecar, complete with matching helmets that feature fake dog ears. “Come on, let’s roll!”

The clip then glimpses into how the teen navigates through classes, dances, and more.

“What other surprises are in store?” questions Wednesday. “Nevermore continues to be a place where the questions far outweigh the answers. I won’t stop until I find the truth. I know the suspense is killing you.”

When is the series releasing?

Wednesday will release on 23 November 2022 on Netflix.