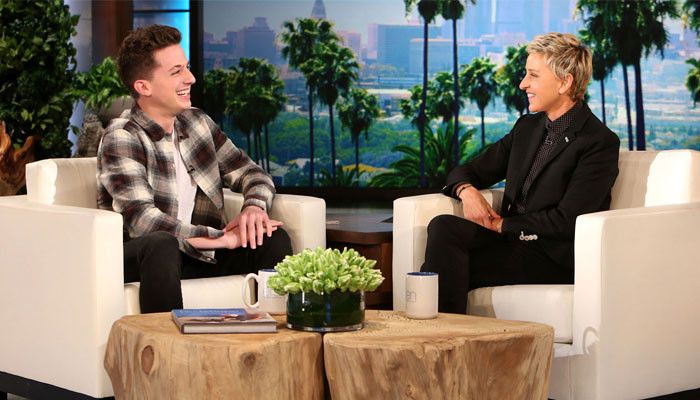 
Charlie Puth opened up about his experience, in an interview with Rolling Stone, of working with Ellen DeGeneres’ music label where he felt he was ‘abandoned’ by the team.

The 30-year-old Grammy-nominated singer signed ‘eleveneleven’ back in 2011. The comment came weeks after singer Greyson Chance claimed Ellen DeGeneres was “manipulative,” “blatantly opportunistic” and “way too controlling” after she signed him to her now defunct music label, per Entertainment Tonight.

In the interview, the Attention recalled his own unpleasant experience not long after he was signed with it. However, he also  mentioned that he never personally had a problem with the former TV show host but the team running it.

“We both have different experiences, me versus Greyson,” Puth told the magazine. “But I do agree with him that no one was present, certainly, after the creation of my first demo EP. Not putting any blame on one person, but form a collective… All the people that were in that room, they just disappeared. I didn’t hear from anybody.”

Moreover, Rolling Stone reported that a source close to DeGeneres’ team didn’t recall anything as such happening and Puth also never discussed the matter with Ellen herself.

However, Puth added that he feels the whole incident turned out to be a blessing in disguise as he wasn’t as experienced and he wasn’t sure if the songs were good. “I don’t know how good they are,” he said.

Back in September, Greyson posted a TikTok video and stood by his claims in a Rolling Stone profile, in which he also referred to DeGeneres as “domineering” in the months and years that followed after his 2010 appearance on The Ellen DeGeneres Show as a 12-year-old who went viral when he performed Lady Gaga’s Paparazzi at his Oklahoma middle school, per ET.

However, a source close to DeGeneres’ team refuted the claims to the publication saying that Greyson has “taken this time as he is launching an album to go after Ellen with opportunistic claims.”