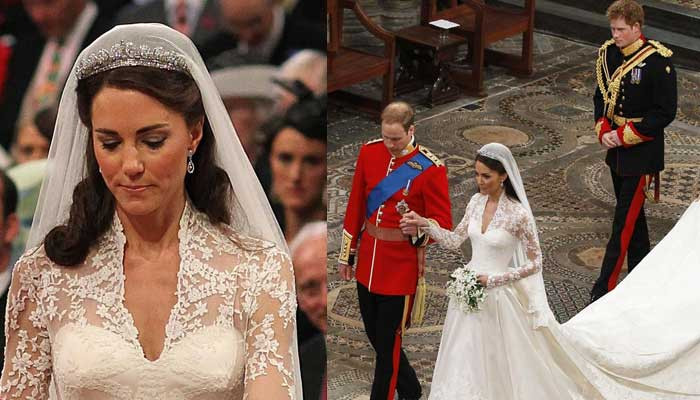 
Kate Middleton and Prince William’s wedding was a historic occasion, filled with royal protocol, tradition and family emotions, when the ceremony finished it became a normal wedding with dancing, booze and a best man speech.

Prince Harry, who acted as best man to his elder brother William, took the microphone for the important speech. It was funny and sweet, but left the bride in tears.

Royal author Katie Nicholl, as reported by The Mirror, gave an insight into the special evening in her biography “Harry: Life, Loss, and Love”. She writes: “It was affectionate, warm and funny and touched William deeply.”

“The speech was peppered with Harry’s classic sense of humour, and he ribbed his brother: ‘William didn’t have a romantic bone in his body before he met Kate, so I knew it was serious when William suddenly started cooing down the phone at Kate’.

“Famous for his mimicry, Harry then impersonated his brother calling Kate ‘Babykins’, to much laughter from the guests. When he said the couple’s decade-long romance was his inspiration, there was a shy smile from Chelsy, while Kate shed a tear.”

William and Catherine Middleton tie the knot on Friday, 29 April 2011 at Westminster Abbey in London, England. The groom was second in the line of succession to the British throne. The couple had been in a relationship since 2003.

The royal couple invited around 2000 people to their wedding, but as the day went on the guest list became smaller. Around 600 joined the royal family for a lunch reception at Buckingham Palace. It was hosted by Queen Elizabeth II, who played a big role in the organisation, including the food.