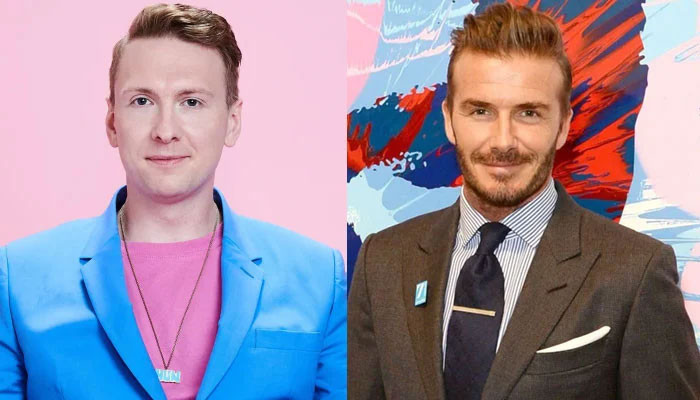 Joe Lycett received immense backlash over his “publicity stunt” shaming David Beckham amid Qatar World Cup controversy even though he performed a gig in the country back in 2015.

The comedian said he would shred his £10,000 of his own money if the former legendary footballer withdraws his contract because homosexuality is illegal in the hosting country.

He later destroyed fake money during his show to fulfill his promise and went on to donate the money to LGBT+ charities after David did not issue any statement over the issue.

However, some fans have pointed out that Lycett penned in his 2016 book, Parsnips, Buttered, that he performed in Qatar back in 2015.

“Many people sharing Joe Lycett’s publicity stunt shaming David Beckham. In 2015 he performed stand-up in Dubai, Abu Dhabi and Qatar,” a social media user wrote as he shared a page from Lycett’s book on Twitter.

“By all means feel free to criticise David Beckham, but don’t be a hypocrite about it,” he added.

“Joe Lycett has performed at the Laughter Factory in Dubai, UAE. The UAE has a worse record for migrant workers deaths and similar repressive LGBT laws,” one user tweeted. “He’s a blatant hypocrite.”

“Joe Lycett 2015: I’m going to Qatar to earn loads of money, even though they’re anti LGBT but who cares MONEY right..” one tweet read. “Kept that trip quiet.”

In response of the backlash, Lycett took to Twitter to say, “If you’re interested, I was paid a few hundred quid (not by Qatar but by UK comedy promoters) but it was 2015 and that went a lot further back then.”

“I reckon that if a popular comedian from those days (eg Shane Ritchie) had shredded a few hundred quid to persuade me not to go, it would have made a difference,” he added.