Meghan Trainor ‘dreams’ of getting pregnant in 2023: ‘trying to make four children’ 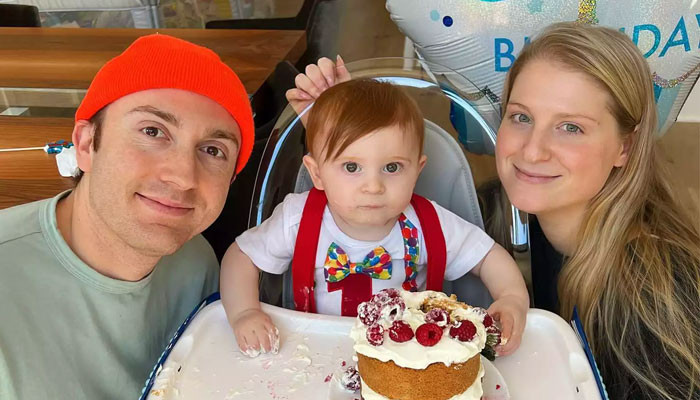 Meghan Trainor loves being a mom and the singer dreams on growing a family with more kids of her own.

The Made You Look singer is married to actor Daryl Sabara and the couple welcomed her first baby, son Riley, in February 2021.

Despite her tough first few days with 1-year-old Riley, Trainor is not letting her not-so-smooth first pregnancy scare her from doing it all over again.

“After having a baby, I was like, there’s nothing I can’t do,”says the singer, who also just launched a glowy new campaign with e.l.f. Cosmetics and The Weather Channel. “So now I’m just trying to knock off all my dreams on my dream list.”

Riley was a ‘breech baby’ and after developing “breathing issues,” he was rushed to the neonatal intensive care unit where he relied on a feeding tube for five days, via Page Six.

“It was one of those horror stories where he didn’t cry,” the singer said at the time. “He didn’t make noise when he came out. I was like, ‘Why isn’t he crying?’ It was terrifying.”

“I got to see him for one second before they took him away,” Trainor went on. “That was probably the worst part.”

After a week at the NICU, Trainor and Sabara, 30, were able to take Riley home.

Talking about her birthday coming on December 22nd and the holiday festivities, the singer, 28, told People that she has a variety of holiday-themed outfits in mind for her one-year-old son.

“I got him eight outfits,” Trainor says of how she plans to dress up her son for family photos. “It’s tough finding cute boy outfits for Christmas. I wanted to make him a reindeer, but I cannot find that outfit yet. I want it to be cute, but also embarrassing, so one day he can look back, like, ‘Oh my God, how cute was I?’ I can’t wait.”