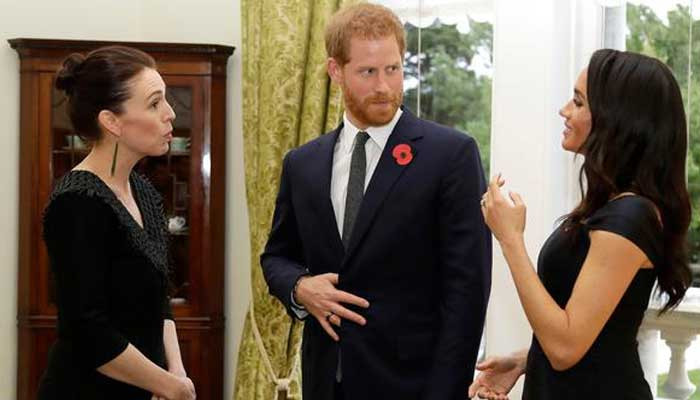 New Zealand Prime Minister Jacinda Ardern has snubbed Prince Harry and Meghan Markle as they distanced herself from the Sussexes.

Arden is among seven ‘extraordinary leaders’ interviewed on ‘Live to Lead’, a series presented by the Duke and Duchess of Sussex with Netflix.

The New Zealand PM office released a statement on Tuesday about Arden’s appearance in the show and insisted that she was unaware that the couple were involved.

Ardern, who is running a country where King Charles III is head of state, featured in the first trailer of the series on Monday. the streaming service released a trailer for the seven part documentary series called Live to Lead, which is about celebrating “inspirational leaders”.

The statement, issued in response to media questions, said: “In early March 2019 the prime minister was approached by the Mandela Foundation to participate in a project to develop accessible resources on key attributes of leadership targeted at aspiring young leaders around the world, based off a one-hour interview.

“Originally we were advised the outputs would be printed and digital books, short films and audiobooks.

“The interview was conducted on November 8, 2019. In March 2020 a short book entitled Jacinda Ardern (I Know This to be True) was published based on the interview. Other participants who also had their contributions published based on their interviews included the late US Supreme Court justice Ruth Bader Ginsburg, the feminist activist Gloria Steinem, the climate campaigner Greta Thunberg and the American basketball player Stephen Curry.