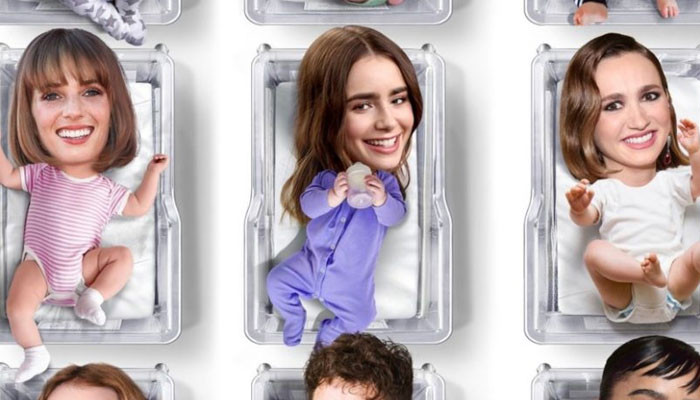 Twitter erupted with reactions after The New York Magazine explored the connections of some celebrities like Miley Cyrus, Dakota Johnson, and many others with their famous relatives as they dubbed it “The Year of the Nepo Baby.”

The cover photo features faces of some famous stars of Hollywood born to famous families edited on babies’ bodies and the title read, “She Has Her Mother’s Eyes. And Agent.”

“This is the nepo baby’s credo: Try, and if at first you don’t succeed, remember you’re still a celebrity’s child, so try, try again,” Vulture senior writer Nate Jones penned.

“We love them, we hate them, we disrespect them, we’re obsessed with them,” he added.

The cover spark reactions as many social media users deemed it “clever” while others took offense as the article included names of their favourite stars.

“IM GONNA FRAME THIS IN MY LIVING ROOM,” one person wrote on Twitter as per New York Post while another added, “I know those graphic designers were laughing their a–es off while making this.”

Some hailed praises on the author as “kind of a genius though … to be able to cite that many types and examples of nepo babies ohhhh they were mad as hell.”

However, some thought the article is “nothing new” as they mentioned that people always knew that Hollywood always has and always will be full of nepo babies like Angelina Jolie, Sean Astin, Drew Barrymore, Jennifer Anniston.

“I don’t mind nepo babies if they’re actually talented and are humble. Sure it’s annoying af but that’s life. Suck it up. Play the game. This industry is a game. If you think it isn’t, good luck,” one user said.

“I’d be so (expletive) if i woke up one morning and my face was on the cover of a magazine for being a nepo-baby bc like … OF ALL THE NEPO BABIES YOU CHOSE ME??????” one wrote.

“Why the article was written as a gossip girl script?” another asked as one penned, “It’s weird to me to reduce somebody to the idea that they’re only there because it’s a generational thing.”