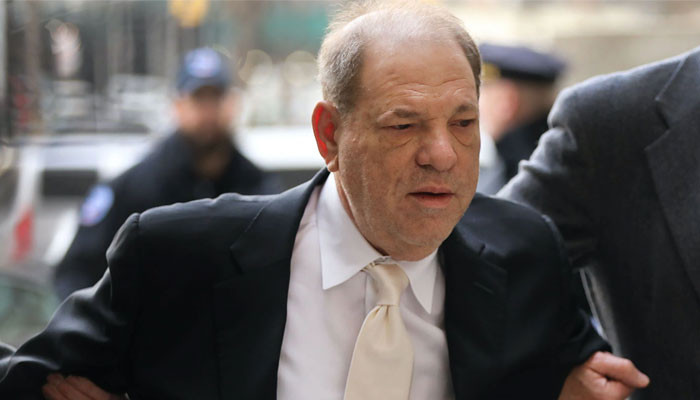 Harvey Weinstein was convicted Monday, December 19th, 2022 on three charges of rape and sexual assault in Los Angeles, per Variety.

The disgraced film producer, 70, was found guilty of one count of forcible rape, one count of forced oral copulation and one count of sexual penetration by a foreign object after the jury deliberated for 10 days, the Los Angeles District Attorney’s Office announced in a news release, via People.

Weinstein, 70, is already serving a 23-year sentence after being convicted of rape and sexual assault during his first criminal trial in New York in 2020. He could get up to 24 years for the new conviction against him.

The New York Court of Appeals, which is the highest court in the state, is set to hear the appeal of that conviction next year.

Weinstein had pleaded not guilty to the counts against him, ABC News reported.

He was on trial after he was accused of sexually assaulting four women from 2004 to 2013, per the outlet. Siebel Newsom alleged her encounter with Weinstein occurred in 2005 when she hoped to be an actress. Weinstein invited her to his hotel room and she obliged, per ABC News.

“I was so violated and I don’t know how that happened,” Siebel Newsom said during the trial, according to the outlet. “I didn’t see the clues and I didn’t know how to escape.”

With Weinstein in the courtroom, the mixed verdict saw the jurors coming down 10-2 on the Jane Doe #2 count, and 8-4 on guilt on the Jane Doe #4/Newsom counts. As is common in such matters where a unanimous verdict is required, a mistrial has been declared on the counts where the panel were unable to come to a clear decision, via Deadline.

Weinstein has been held at the Twin Towers Correctional Facility in downtown Los Angeles since July 2021 after being extradited from New York. Weinstein has been confined to a wheelchair and suffers from a wide array of medical issues, including diabetes, sleep apnea, cardiac problems and eye problems, per Variety.