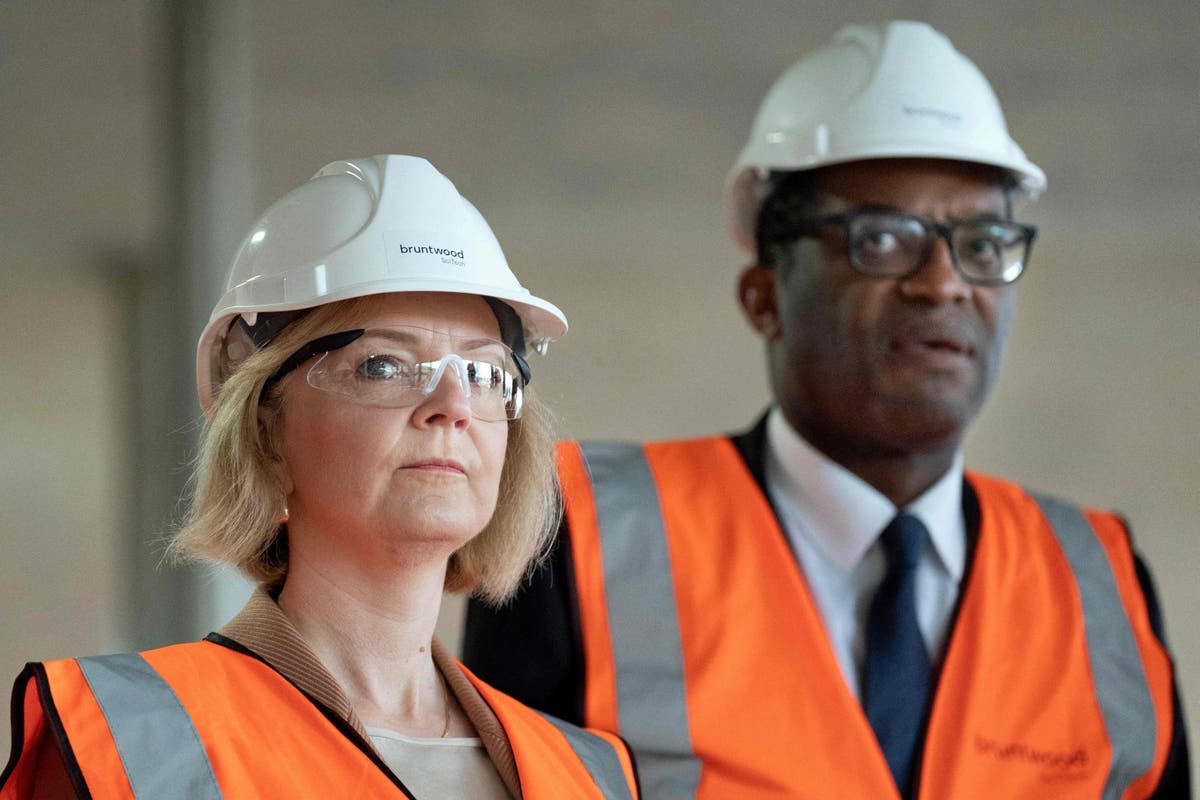 Kwasi Kwarteng must reverse his tax-cutting plans or impose a “savage” £60bn austerity hit to public services, experts and rebel Tories have warned.

Britain is set for recession until 2024, forcing the chancellor to abandon his mini-Budget giveaways or make a “painful” public sector cut of 15 per cent in order to get debt under control, the Institute of Fiscal Studies found.

But any move to slash public services will face fierce opposition from some Conservative MPs as parliament reconvenes, putting pressure on Liz Truss following a chaotic party conference and turmoil in UK bond markets.

One Sunak-supporting former minister told The Independent: “There is no way Tory MPs are going to stomach savage austerity in a post-Covid cost of living crisis. Liz has driven herself into a cul-de-sac.”

Another former minister, who backed Sunak in the leadership contest, told The Independent that the chancellor “will find real difficulty getting spending cuts through parliament”.

“I won’t vote for them and a lot of my colleagues won’t either,” they added.

The ex-minister said Mr Kwarteng had failed to prepare the ground for last month’s tax cuts or for the austerity that was likely to follow, which he warned would drive startled voters further away from the Tories. An obsession with ideological purity had come ahead of political planning.

“Until the 23 September mini-Budget, no one had factored in the need for any spending cuts,” said the ex-minister. “They never talked about spending cuts during the summer’s leadership campaign. It feels like they won the leadership on a false prospectus.”

“Kwarteng has damaged his political credibility by intervening so clumsily,” the ex-minister added. “It would be better for him to reverse the tax cuts now rather than cut public services, but it may not be enough to redeem his reputation.”

The IFS report concludes that the looming “protracted” recession means the chancellor cannot continue with planned tax cuts without being forced into “big and painful spending cuts”.

“The chancellor should not rely on over-optimistic growth forecasts or promises of unspecified spending cuts,” said Paul Johnson, director of the IFS. “To do so would risk his plans lacking the credibility which recent events have shown to be so important.”

Even if the government were to risk a fight within its own party and save £13bn over the next two years by increasing benefits in line with wage growth rather than inflation, it would not be enough to plug the gap in the public finances, the IFS found.

Mr Kwarteng would still need to cut 15 per cent from all public spending areas, not just health and defence, it said.

Shadow chancellor, Rachel Reeves MP said: “Labour have forced this Tory government to U-turn throughout the cost of living crisis and we will do all we can in our power to do so again to get them to reverse this disastrous, kamikaze Budget.”

The IFS analysis follows the Treasury’s announcement that it would bring forward details of Mr Kwarteng’s economic plans and independent forecasts from the Office for Budget Responsibility (OBR) by nearly a month, to 31 October.

It means the details will be published ahead of the next Bank of England interest rate decision, due on 3 November.

It also comes as the Bank stepped up its intervention to calm the market for UK government debt, as borrowing costs continued to climb higher.

Members of the Bank’s rate-setting committee have added to pressure on Mr Kwarteng in recent days with public statements underlining their reliance on clear OBR forecasts for working out monetary policy.

If the government chooses to illustrate its fiscal discipline by slashing spending rather than reversing tax cuts, it risks another clash with unions against a backdrop of mounting strikes.

TUC general secretary Frances O’Grady said: “The prime minister promised in her leadership campaign that there would be no return to austerity.

“But since she took office, she has made the wrong choices. Instead of protecting our services, she is blowing billions on tax cuts for high earners and corporations.”

She added: “A responsible government would make it a top priority to rebuild our services after damage from austerity and the pandemic. Strong services like schools and hospitals not only improve lives, they also help create the kind of economic growth that everyone can share in.”

Her words were echoed by Unite general secretary Sharon Graham, who said: “The government has plunged this country into economic chaos and once again the workers are being asked to pay the price.

“We know you can’t grow the economy by destroying jobs, suppressing pay and cutting services relied upon by millions of workers and their families. But still, the government would rather pay for corporate tax cuts by laying waste to our schools and hospitals.”

A Treasury spokesperson said: “Through tax cuts and ambitious supply-side reforms, our Growth Plan will drive sustainable long-term growth, which will lead to higher wages, greater opportunities and sustainable funding for public services.”

They added that details in the fiscal plans due 31 October would illustrate that the government is “committed to fiscal responsibility and getting debt falling as a share of GDP in the medium term”.