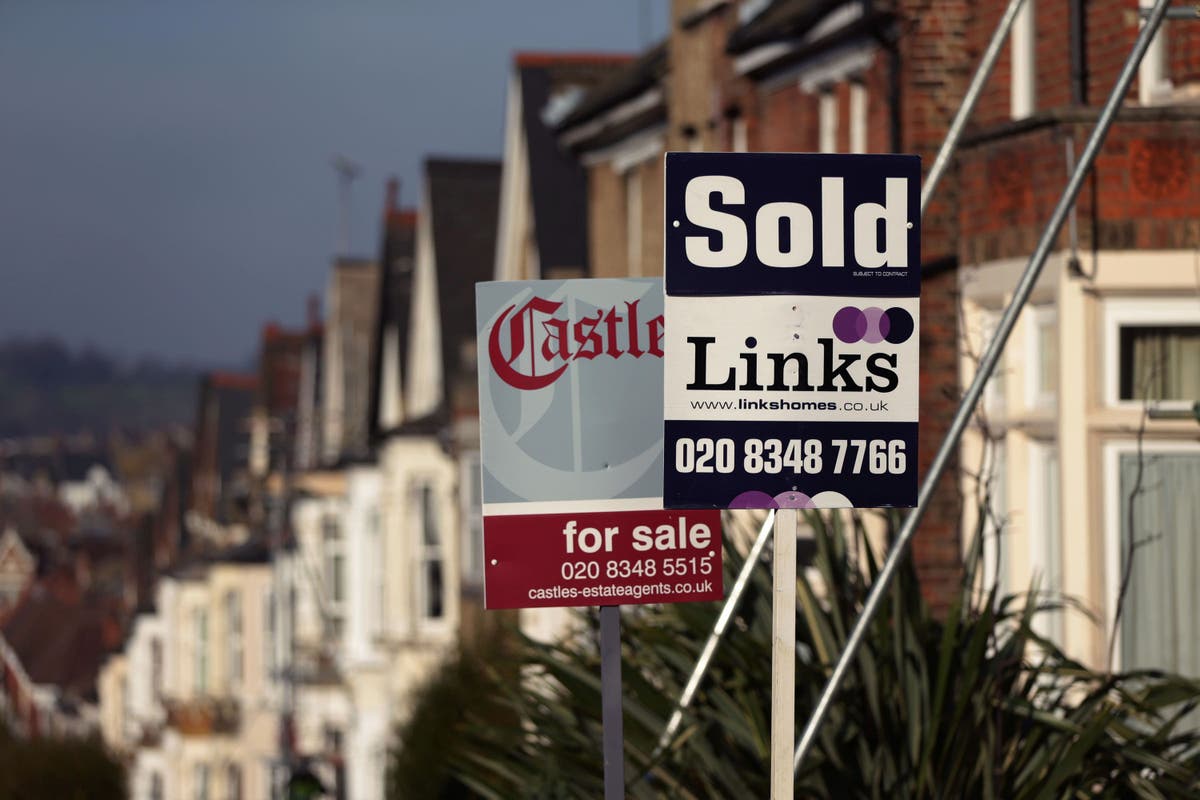 UK property prices are set to drop by as much as 12 per cent as those looking to land their first home see their buying power destroyed, economists have warned.

The warning comes as the average interest rate for a two-year fixed-rate mortgage surpassed 6 per cent for the first time since 2008, according to financial data provider Moneyfacts.

The market has already started to cool, even before accounting for a recent surge in mortgage rates. Data from mortgage lender Halifax showed that average house prices fell by 0.1 per cent between August and September.

Meanwhile, renters face a more than 20 per cent increase in rental costs over the next five years, according to a forecast from estate agent Knight Frank.

First-time buyers are not just facing an increase in rent: they must also grapple with the full force of rising costs across the economy, from energy bills to groceries.

“That destruction of buying power prices first-time buyers out of the market. Many simply can’t afford to buy at current prices,” Andrew Wishart, property economist at consultancy Capital Economics, told The Independent.

And while the average house price is set to fall by around 12 per cent by the end of 2024, according to Capital Economics, inflation is also expected to rise further, eroding savings for house deposits. The Bank of England has forecast that inflation could reach 13 per cent in January next year.

A weakening position for renters and first-time buyers has an impact on the outlook for the housing market as a whole, Mr Wishart said. “Once that happens, it spreads up further towards the middle and upper end of the market,” he explained.

“It’s going to be very hard to get on the housing ladder in the next year. You also don’t want to buy into a falling market at a high interest rate.”

Lenders are required by City watchdog the Financial Conduct Authority (FCA) to ensure that borrowers can afford their repayments on a mortgage even if rates rise. Given market expectations for rate hikes, the average loan-to-income ratio – a yardstick by which repayment costs are measured – could drop from 4 to 3.7 by next summer.

In practical terms, that would reduce the maximum mortgage a typical first-time-buyer household with an annual income of £55,000 could secure, from £275,000 to £203,000, according to Mr Wishart.

However, the Truss government’s handling of the mini-Budget and the resulting market volatility sped up the rise in mortgage interest rates, economists and investors said.

The housing market will not be able to “withstand rates going to 5 or 6 per cent”, said Mark Dowding, chief investment officer at Bluebay Asset Management, in a note.

And he added that the mini-Budget “is likely to have done more to harm confidence and push the economy into recession than it has done anything [to] boost aggregate demand”.

Rising debt costs tend to make businesses and consumers more pessimistic, but this has been made worse by recent political interventions, economists said.

“The huge volatility caused by the mini-Budget has hit people’s confidence,” said Suren Thiru, economics director at the Institute of Chartered Accountants in England and Wales.

“It’s not just the impact of the mini-Budget itself, though. It’s the new prospect of austerity 2.0,” he added, noting suggestions from the prime minister and the chancellor that there will need to be cuts to public spending in order to fund the promised tax cuts.

The cost of government borrowing rose sharply in the aftermath of chancellor Kwasi Kwarteng’s mini-Budget, triggering intervention in the bond market by the Bank of England.

Expectations of the effect on inflation and interest rates climbed as the markets parsed the potential impact of expansive tax cuts first laid out by Mr Kwarteng last month. Investors were also rattled by a lack of clarity over what the policies would mean for the UK’s public finances in the absence of the usual assessment by the Treasury’s independent watchdog, the Office for Budget Responsibility (OBR).

Liz Truss and Mr Kwarteng later rowed back on plans to cut the 45 per cent tax rate for high earners, and said they would work with the OBR to provide economic and fiscal forecasts alongside spending plans by next month, after rejecting the OBR’s previous offer of fresh forecasts in time for the mini-Budget.

Ms Truss has said that the government is helping first-time buyers by raising the stamp duty threshold, above which tax is payable on property transactions, from £300,000 to £425,000.

Economists do not expect this to outweigh the larger impact of higher borrowing costs on the housing market.

Mr Kwarteng met with mortgage providers on Thursday, while banking chiefs urged him to consider an extension of the government’s mortgage guarantee scheme to help manage the risks of lending to new borrowers.