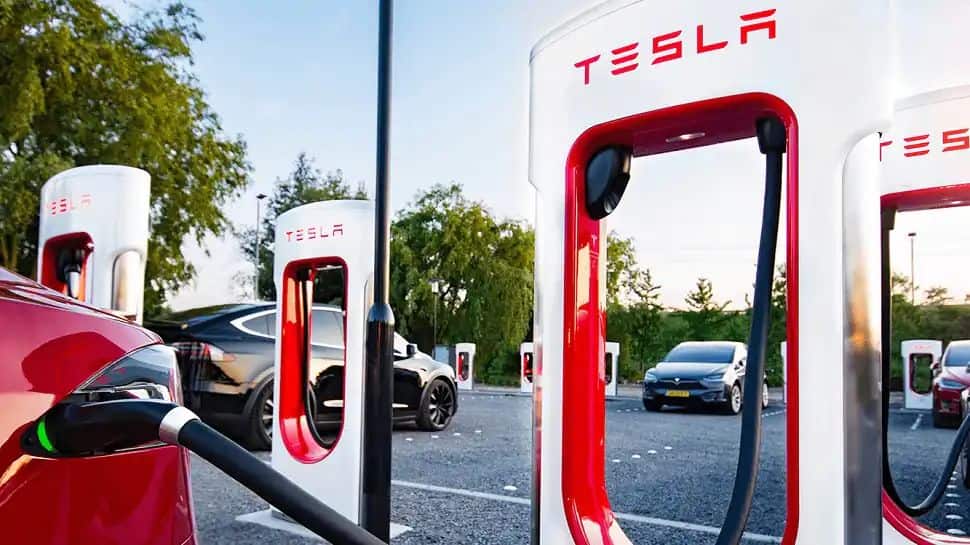 
All of Tesla’s forthcoming Supercharger locations worldwide were unintentionally disclosed by Elon Musk-owned electric vehicle manufacturer, but the problem was remedied, according to media sources. It turned out to be a bug, as reported by the auto-tech website Electrek, and Tesla promptly fixed it by eliminating the exact locations and merely stating the town or city where the new stations are intended. Already the largest EV fast-charging network in the world, the Supercharger network is expanding quickly.

As per the report, the EV maker is slowly opening the network to non-Tesla electric vehicles, which will change the nature of the Supercharger network. A recent report said that Tesla installed nearly 4,000 supercharger stations globally, growing 34 per cent year-on-year.

Elon Musk, the CEO of Tesla, announced on Friday that the company has started making its long-delayed Semi truck, which would have an 800-kilometre (500-mile) range and first arrive at Pepsi facilities. The first semi trucks will be delivered to the soft drink firm by the producer of electric vehicles on December 1. He tweeted that he was  “Excited to announce the start of production of the Tesla Semi Truck with deliveries to @Pepsi on Dec 1st!” 500-mile range and incredibly fun to drive, he continued. Pepsi placed an order for 100 semi trucks in December 2017, one month after they were made public. You can reserve a Tesla Semi Truck for $20,000 in advance.

With inputs from IANS