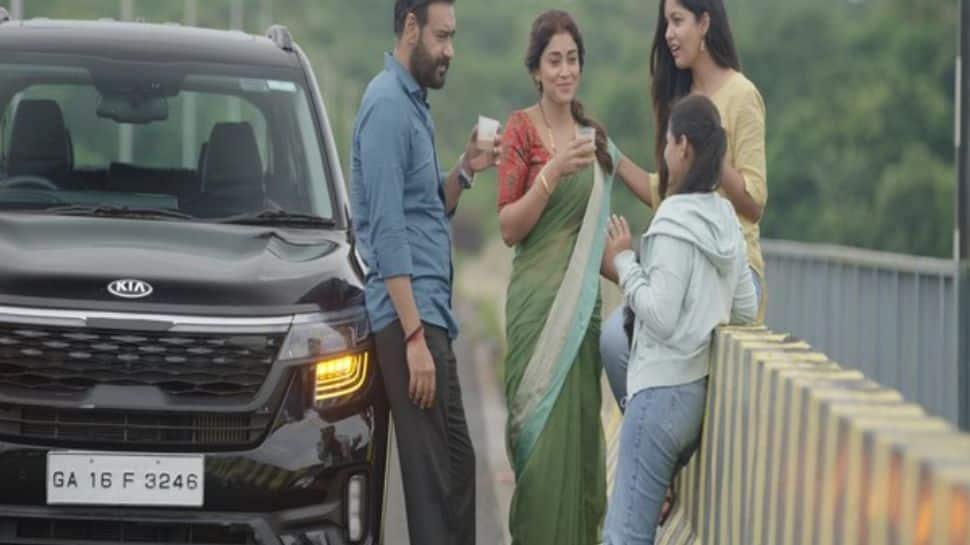 
When talking about a car in a movie, something flashy always comes to mind, like an orange Lamborghini Aventador or maybe a 1970 Dodge Charger. However, when talking about a movie like Drishyam, the picture changes to a humble car. Based on a recently revealed photo, the movie star Ajay Devgn might be seen driving a Kia Seltos SUV worth over Rs 10.49 lakh (ex-showroom). It is to be noted that the car is one of the best-selling models of the company and might be featured in the upcoming movie.

It is to be noted that Drishyam 2 is a thriller film to be released in Indian starring Ajay Devgn and other actors like Tabu, Ishita Dutta, Akshaye Khanna, Rajat Kapoor and Shriya Saran. The new movie is set to be released on November 18, 2022, in theatres across India. Moreover, the teaser of the movie was recently revealed, giving a glimpse of what the movie is going to look like.

The Kia Seltos that Ajay Devgn can be driving in the movie recently got a facelift in the Indian market. By adding side airbags to the updated Seltos, Kia India now provides 4 airbags as standard across all lower models. The revised versions of the Kia Seltos come in two new colours: “Imperial Blue” and “Sparkling Silver,” according to Kia India. The updated Kia Seltos features a diesel engine and the company’s first Intelligent Manual Transmission (iMT) technology in India.