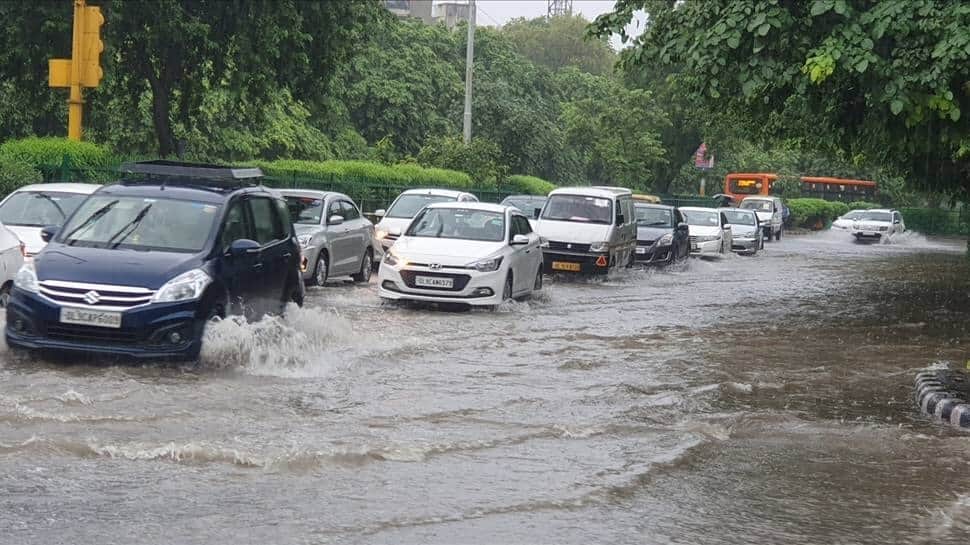 
The national capital experienced heavy rainfall in various parts of Delhi-NCR on Saturday (October 9) causing waterlogging in various areas of Delhi. Traffic snarls were reported from different parts of the national capital on Saturday as rain lashed the city. Hence, to make commuting easy, the Delhi Traffic Police has advised commuters to plan their journey accordingly. Traffic is affected on New Rohtak Road in the carriageway from Zakhira towards Anand Parbat due to waterlogging near Anand Parbat’s red light. Commuters are advised to avoid the stretch. Delhi Traffic police took to Twitter to alert commuters about the same.

Due to incessant #DelhiRains in the last 12 hours, some roads have been affected by water logging and potholes. Commuters advised to plan their journey accordingly and avoid these stretches for their convenience.#DPTrafficCheck pic.twitter.com/vibQHjDWmz
— Delhi Traffic Police (@dtptraffic) October 8, 2022

“Traffic Alert! Due to incessant #DelhiRains in the last 12 hours, some roads have been affected by water logging and potholes. Commuters are advised to plan their journey accordingly and avoid these stretches for their convenience,” read the tweet of Delhi traffic police.

According to an official statement, in the last 12 hours, the city has witnessed incessant rainfall. Several traffic-impacting incidents such as waterlogging, development of potholes, etc. Have been reported across Delhi. These resulted in traffic bottlenecks, slow-moving traffic, and consequent traffic congestion calls.

“The Traffic Control Room flashed messages to all DCPs (traffic ranges), ACPs (traffic districts), and traffic inspectors to mobilize a maximum number of staff, motorcycle patrol teams, and cranes in the field to ensure manual regulation of traffic at intersections where there was no power supply, remove broken down vehicles and restore the normal flow of traffic,” the statement said.

Messages through the traffic control room were also flashed to control rooms of other civic agencies like NDMC, PWD, MCD, etc. They were also pressed into service for providing local resources and manpower and attending to the situation and calls with due alertness, alacrity, and promptness. The operations are still going on and services of other departments are also being taken, it said.

Similarly, two calls regarding potholes were received from Moti Bagh to Dhaula Kuan Flyover carriageway in front of Moti Bagh Gurudwara and Aurobindo Marg, it said. The commuters also took to Twitter to post updates regarding traffic congestion in parts of the city.

Heavy traffic jams were reported from the Zakhira flyover. Similar scenes were witnessed on Najafgarh road towards Bahadurgarh and Ring Road from Raja Garden Chowk to Dhaula Kuan loop.

A commuter tweeted that the traffic was heavy from Naraina towards Moti Bagh on the Dhaula Kuan stretch. Another commuter said the red light at Punjabi Bagh Chowk was not working and there was heavy traffic jam due to rain and waterlogging.

Another user said the traffic was heavy on National Highway-8 from the Gurugram border towards Delhi. The India Meteorological Department has predicted a generally cloudy sky with moderate rain for Saturday.

(With inputs from PTI)