Bank of England expands bond-buying scheme to £10bn a day 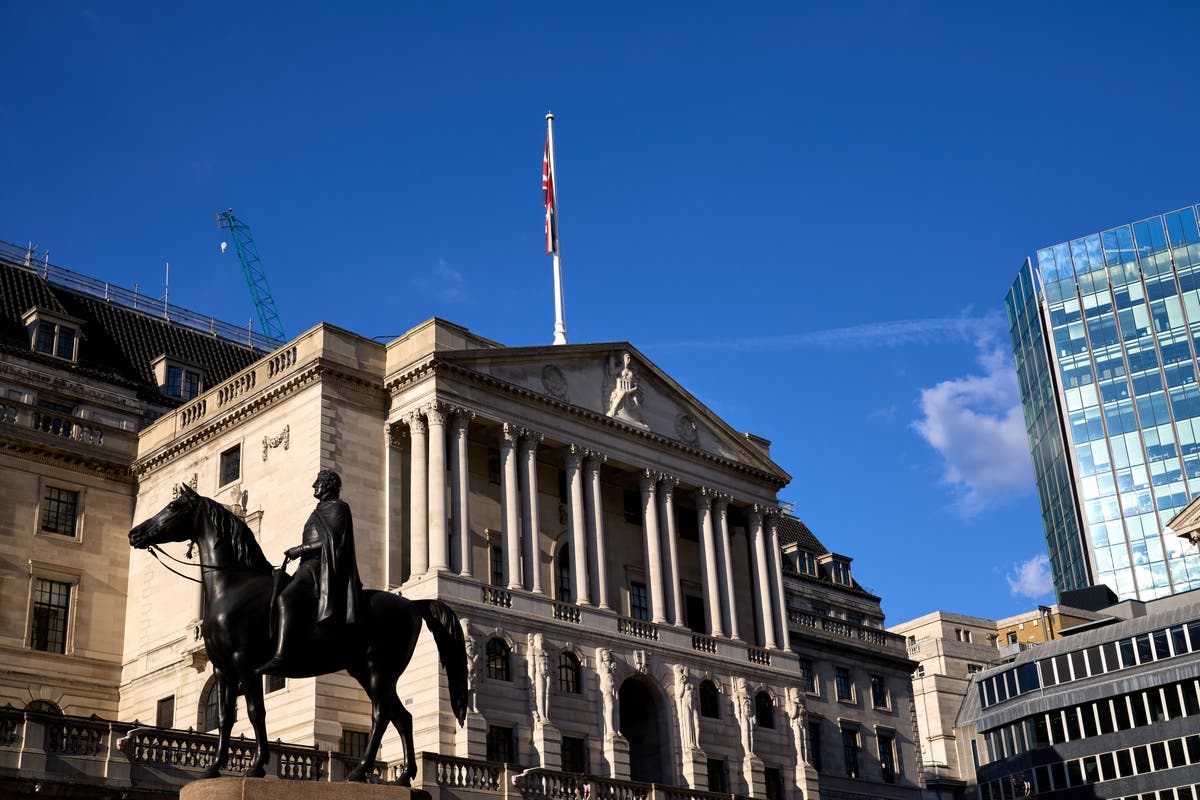 The Bank of England has announced an expansion of its emergency gilt-buying programme, launched after chancellor Kwasi Kwarteng’s mini-Budget sparked market turmoil which left the UK on the brink of a financial crisis.

The Bank said it will double the daily limit on its gilt-buying programme from £5bn to £10bn as it brings the scheme to an “orderly” close ahead of Friday’s cut-off.

It said it has so far bought only around £5bn of UK Government bonds under the £65bn programme launched late last month, when it stepped in to protect pension funds and avoid “widespread financial instability”.

The central bank was forced to take emergency action when market chaos caused the pound to tumble and yields on gilts to soar, which left some pension funds across the industry close to collapse.

It laid bare the scale of the woes last week when it said the scheme helped avoid a market meltdown caused by concerns over Liz Truss’s £45bn unfunded tax cuts, which threatened to spill over from the pension industry throughout the financial sector.

The market turmoil had forced pension funds to sell UK government bonds to head off worries over their solvency, but this was threatening to see them suffer severe losses and was creating a downward spiral in gilt prices as more were offloaded.

Investment banks made calls on so-called liability driven investment (LDI) funds, which in turn called on pension funds, which were forced into a fire sale of gilts, driving prices still lower and yields higher.

The Bank said its move to step in on 28 September was designed to allow LDI funds to address risks to their financial resilience – and raise needed collateral – by immediately sending gilt yields lower.

It said on Monday these funds “have made substantial progress in doing so over the past week”. But there have been fears there could be a return to pension fund woes when the scheme ends on 14 October.

The Bank said it will take a number of extra measures ahead of Friday’s deadline – including a scheme to allow banks to help ease liquidity pressures facing their client LDI funds through liquidity insurance operations, which will run after the end of this week.

Under these operations, the Bank will accept collateral eligible under the Sterling Monetary Framework (SMF), including index-linked gilts, and also a wider range of collateral than normally eligible, such as corporate bonds.

Former pensions minister Steve Webb said the move should bring down the risk of “cliff edge” turmoil from 14 October, while the Resolution Foundation chief executive Torsten Bell said the Bank was trying to tell markets not to “test” its commitment to stability this week.

Meanwhile, the chancellor is being urged to “act now” and announce his fiscal plan, as new analysis suggests more than 3,000 households are facing “staggering hikes” in their mortgages.

The Liberal Democrats are warning of a “mortgage ticking time bomb”, as the party predicts that between now and the expected release of Mr Kwarteng’s medium-term fiscal plan on 23 November, roughly 168,000 more homeowners will have been hit by a new higher rate.

Rates are continuing to climb, pushing up costs for borrowers – with the average two-year fixed-rate deal topping 6 per cent for the first time in 14 years last week.

Labour has called on Ms Truss and Mr Kwarteng to reverse their “kamikaze” mini-Budget as he warned families face “eye-watering” mortgage increases.

An average UK buyer coming off a two-year fixed mortgage could experience a £498 monthly hike if interest rates hit 6 per cent, according to Labour analysis.

Cabinet ministers are blaming the Bank of England for soaring mortgage costs, according to reports. But a YouGov poll this week found that 52 per cent of voters blamed the government, while only five per cent blamed the Bank.